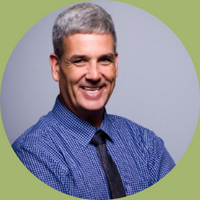 Have you ever wondered about the lives touched by your investment in the community? What if your next interaction transformed someone’s life?

Joe Roberts is an expert on resiliency and change. In 1989 he was homeless and living under a bridge. Twelve years later, he was a celebrated CEO, and in 2017 he finished a 5,600 mile charity walk across North America. Joe helps organizations and individuals redefine impossible.

As you walk with Joe through the tough streets of East Vancouver in the 1980’s you will experience the depths and degradation of a former hopeless, homeless, opioid addict, to the heights and triumph of a successful entrepreneur and philanthropist.

In this keynote, Joe shares his story of redemption, a story that relates to the work you do every day. He teaches how anyone can transform and overcome perceived limitations and live their dreams with the right mindset and perspective.

Joe’s presentation wouldn’t be complete without sharing his greatest asset to experiencing stress, overwhelm, fear and anxiety; a toolbox of resiliency, balance, and energy. Having worked extensively with Sports Psychologist, Dr Sean Richardson, Joe showcases how response to change dictates your mental well-being and guides you to the principals of energy management. 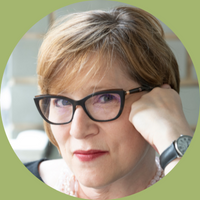 Amy Herman The Art of Perception: See What Matters

The Art of Perception provides law enforcement professionals the necessary tools to enhance perception and communication in assessment, surveillance, and critical response. In this highly participatory, fast moving, and visual presentation of works of art, participants revisit both the application of their perception skills and the ability to communicate concisely and effectively in exchanges of critical information. Specifically designed to address the role of perception and observation among team members, the training also emphasizes the importance of pattern recognition in acclimating to both short term and extended threats. Painting, sculpture, and photography are also employed to dismantle biases and long-held assumptions that impede collective decision making and best practices. The overarching objective of The Art of Perception is to provide attendees with a renewed sense of critical inquiry and self-perception that will be instrumental in both problem-solving strategies and prospective tactical initiatives.

As an attorney and art historian, Amy Herman conducts The Art of Perception for legal, law enforcement, medical, and intelligence agencies at the local, state, and federal levels. The program began with the New York City Police Department in 2004, and over the last 17 years, has expanded to many different agencies involved in investigative, strategic, analytical, and intelligence work, all of which seek to improve the observation and communication skills of their personnel. She originally developed The Art of Perception to improve medical students’ observation and communication skills when she was the Head of Education at The Frick Collection in New York City for over ten years. She adapted the program for a wide range of professionals including the NYC Police Department (Intelligence, Threat Assessment, Homicide, JTTF), the FBI (CIRG), the State Department, Fortune 500 companies, NATO, the military and first responders. The program has been featured in The New York Times, The Wall Street Journal, The CBS Evening News, and Smithsonian Magazine, among others. Her TED talk, A Lesson on Looking, went live in December 2018. Ms. Herman has a BA from Lafayette College, a JD from George Washington University, and an MA in art history from Hunter College. Her book, Visual Intelligence, published in 2016, has been used in training curricula for the intelligence and law enforcement communities nationwide and was on the New York Times and Washington Post best sellers’ lists. Her second book, Fixed: How to Perfect the Fine Art of Problem- Solving was published in December 2021.

Patrick Kenny Taking the Cape Off 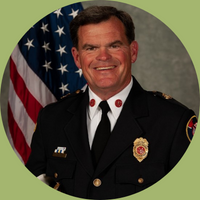 Patrick J. Kenny has been a member of the fire service for over 38 years, and before retiring in January 2021, served as the Fire Chief in Hinsdale and Western Springs, Illinois. He has been a Chief Officer for over 25 years and a speaker in multiple countries on Mayday for Mental Health® for more than a decade. He is the international best-selling author of TAKING THE CAPE OFF: How to Lead Through Mental Illness, Unimaginable Grief and Loss.

In this very personal address, Chief Pat Kenny will bring attention to one of the most critical issues facing not only fire service leaders today but any leader of an organization that values their employees, Mental Health.

Armed with a career of advocacy for mental health, Chief Kenny will share his personal story and put forth a call to action to stand up and face these challenges head-on, by examining the myths and stigmas. He will share leadership mental health strategies and tactics and discuss the complications that arise of being a cape wearer whether in your work, family, or personal life.

In this keynote Chief Kenny will: 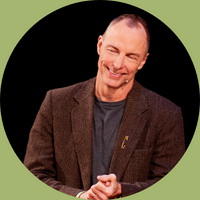 Frank King is a suicide prevention speaker, writer for The Tonight Show for 20 years, a full time Comedian for 35 Years, and a 7-times TEDx speaker on Mental Health. Frank believes that you can make a difference, you can save a life, and often you can do it by starting a conversation.

Frank has been a warrior in his own lifelong battle with depression and chronic suicidality. Depression and suicide run in his family. He’s thought about killing himself more times than he can count and came close enough to dying by suicide that he can tell you what the barrel of his gun tastes like.

Frank uses his life lessons to start the conversation giving people permission to give voice to their feelings and experiences surrounding depression and suicide, and doing it by coming out, as it were, and standing in his truth, and doing it with humor. Frank believes that where there is humor there is hope, where there is laughter there is life, nobody dies laughing. The right person, at the right time, with the right information, can save a life. 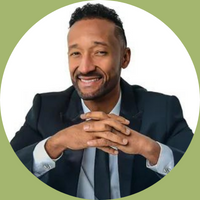 It’s no secret that human beings crave consistency – and we dislike change. In this program, Morris Morrison will energize, entertain, and inspire your audience to abandon their need for certainty, and embrace the opportunities that come with change. Audiences will be equipped with the required MINDSET needed to abandon comfort and create new disciplines that will position them as DISRUPTORS. This program will give your audience the spark they need to drive proactive change – on purpose – and push through organizational challenges to achieve exceptional results.

As CEO of Morrison Global Brands, and President of The Morris Morrison Foundation, many organizations such as Microsoft, GE and many others have witnessed Morris Morrison’s energy live on stage and in his latest book, OVERNIGHT SUCCESS: An Inspiring Story About Culture, Results & The American Dream. His unforgettable message sounds like a Hollywood script, as Morris Morrison uncovers the connection between culture, technology, and the #1 topic dominating the mind of organizational leaders today – how to achieve & sustain results… faster.